AP Ration Card Apply Form:- India is a country with a large population, different types of people live in different states. When we talk of any state of the country, the name of Andhra Pradesh is definitely there. Which is a very good state where 4.97 crore people live according to the 2011 census, which is a big state in terms of population. The state government runs various schemes for the people of the state in its large populous state. So that all the citizens of the state can live their lives in a good way.

Friends, when talking about the schemes of Andhra Pradesh, like all states, the name of the ration card scheme comes first in this state. Because under this scheme, the state government issues a card for the poor family of the state through the Department of Public Supply, according to which the state government supplies ration to the families of the state under the epds system in the state through the food security department like – rice, wheat, etc. It provides lower prices. So that the poor working-class families of the state can take care of themselves well.

What Is Andhra Pradesh Ration Card 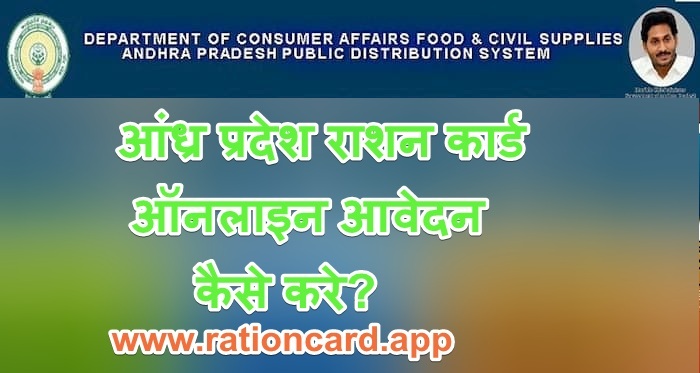 Ration card is an official document issued by the Food and Supplies Department of Security under the Andhra Pradesh epds system. Food items such as rice, wheat, sugar, pulses, etc. are made available at a much lower price than the market by the National Food Security Act to the family of the state which has this ration card.

These ration cards are issued mainly to the poor working-class people of the state who take care of the family by doing their daily wages. And they have no other means of income. The government mainly issues 3 types of ration cards. Which directly depends on the family’s annual income. Which you will know in detail below –

The BPL Ration Card is issued in the name of the head of such a poor family of the state, who is financially poor. And his family lives below the poverty line. The BPL ration card includes the head of the family as well as other family names that are provided with 5 kg of ration per unit.

APL Ration Cards are issued to the families of citizens who live above the poverty line.

AAY Ration Card is issued to those families who are financially weak and poor, and no earner in the family is capable. 35 kg ration is provided at affordable prices to the family of such cardholders by the Food Safety Supply Department under the government’s epds system.

If you have not yet made your ration card under the Andhra Pradesh Ration Card Scheme. So you can AP Ration Card Apply online for your new ration card with some important documents below. Documents required to get a ration card are as follows –

Of course, if you are reading this post, then your ration card will not be made, so let’s now know about how to make a ration card. So friends, for this we can tell you that if your ration card has not yet been made, then you have 2 options to make the card, first, you can apply it online and second, you can apply it offline. Below we have explained one way or the other with the step by step, by following which you can successfully apply for your Andhra Pradesh Ration Card 2021 – so let’s know –

How to apply for Andhra Pradesh Ration Card online

To get an offline ration card, you have to go to the public supply related department in your district and submit the form to the office by filling all the information asked in it and collecting the necessary documents in the form, from the employee related to Andhra Pradesh Ration Card. Have to pay tax. After some time a receipt will be issued by the department. In which you will get an application number. With the help of which you can track the status of your ration card.

The ration card form can be downloaded by clicking download here. 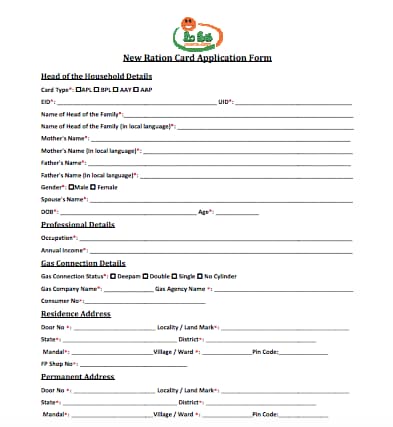 If the information given to you has been important, then share it with your respective people so that they can get to know about this important information.